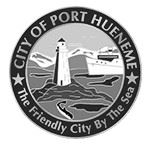 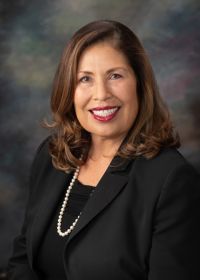 Port Hueneme City Councilmember Laura D. Hernandez is retired from the Ventura County Sheriff’s Department and has lived in Port Hueneme for over 20 years. Currently, she manages her own emergency management consulting business and serves as an Adjunct Professor in Management for the California State University at Northridge.

As the former Assistant Director for the Ventura County Sheriff’s Office of Emergency Services (OES), she was responsible for managing a comprehensive countywide disaster planning program. Ms. Hernandez was also served as the Executive Administrator for the Emergency Planning Council and chaired the Ventura County Emergency Coordinating Council. Ms. Hernandez has been successful in building collaborative relationships with representatives from throughout the county including cities, special districts, volunteer agencies, the military, and the private sector.

Prior to her 1997 appointment to the Ventura County Sheriff's Office, Ms. Hernandez worked for the City of Santa Monica Fire and Police Departments where she served as the City’s Emergency Services Coordinator for eleven years. Prior to that, she worked for the Los Angeles Office of the City Administrative Officer as a budget analyst and staff to Los Angeles City's Emergency Operations Organization.

In 2004, Ms. Hernandez was also involved in the planning and response for “Operation Serenade”, the Ronald Reagan Presidential Funeral.

Her most notable accomplishments include the establishment of the Ventura County Terrorism Working Group in 1998, the reorganization and establishment of the Ventura County Emergency Planning Council (EPC) in 2008 and assisting in coordination of the emergency services response to the crash of Alaska 261 in January 2000. She has received local statewide recognition for her many contributions to emergency management including the State Emergency Management Mutual Assistance Program. She is a Certified Master Exercise Planner, Project Manager and Associate Emergency Manager.

Ms. Hernandez graduated from the University of California, Santa Barbara with a Bachelor’s Degree in Sociology in 1981 and earned a Master of Science Degree in Public Administration from California State University, Los Angeles, in 1985.